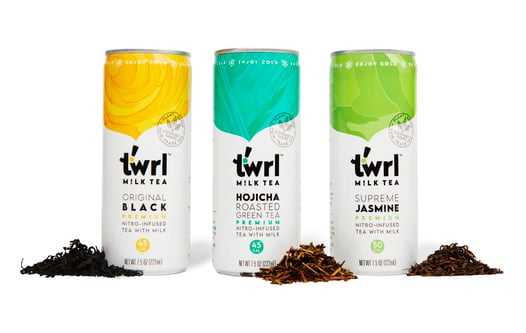 For Women’s History month back in March, Highlight worked with multiple women-owned brands to provide pro bono insights to enable continued growth + success. As Highlight is a woman-founded company as well, we know highlighting the strong women behind these powerful brands is so crucial and important. Women founders are huge drivers in innovation, change, and better products across the board.

A few of the women-owned brands Highlight has worked with: Twrl, Bare Hands, Better & Better, Unlit, Offlimits, No.2, and Mixy.

We recently had the chance to sit down (in this case, Skype call) with one of the women- the founder of Twrl Pauline Ang. Twrl is described as “better-for-you milk tea made from the best ingredients”. Pauline shared the story of how it all came to be, the fun legend behind the name, and her advice for women managing their own brand. Read on to get to know TWRL and Pauline a bit better! 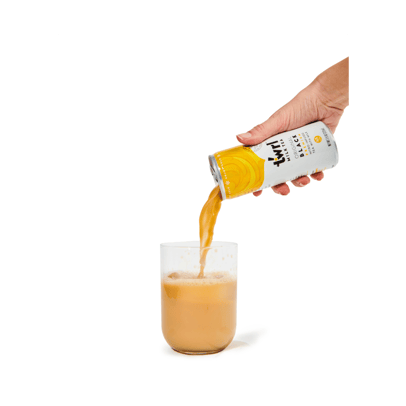 What is the story behind Twrl?

It’s a long time coming. The story behind how I first even got the idea, or I guess the first thought about it, was just my love of the drink. I really started to like the drink when my friend introduced me to it. I was going to school in Berkeley at the time and we drove every weekend into San Francisco to this one Boba milk tea shop.  It was the first one in the city and back then, it wasn't super popular and it was just one or two places, not like now. I just fell in love with it and I just really quickly realized that that particular one was just way better than all the other ones.

For instance, the taste that flavor- I could taste the tea versus, some places where you can only taste milk and just a tiny hint of tea. It was just way more flavorful and tasted much better than some of the other chains that you would find. Fast forward, graduated from college and I was working at a software company when then decided I really enjoy design instead. So I went back to school and ended up doing like a whole career in food and packaging design. I've worked on many different brands, everything from Campbell's to Starbucks, to Pepsi. But, I wasn't really passionate about any of the brands that I was designing for.

They were great and they paid the bills, but at the end of the day, I probably wouldn't be buying those products. I kept thinking to myself, one day I really want to do something that I personally would want to buy and believe in. After some time I finally decided I wanted to move on from that career. Then I had kids, um, did that whole thing and it just came to a point where I was like, I need to either go back to work at an agency or find something else that I could do on my own. I thought it was sort of the perfect time to take that leap.

What has been the most rewarding part of creating your own brand? 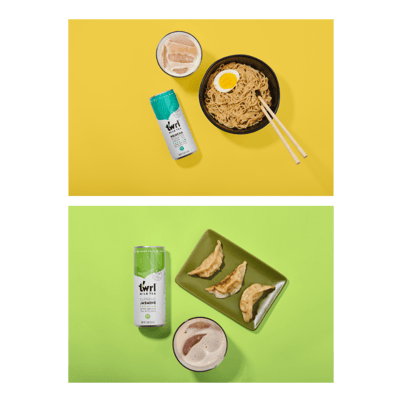 I created this product essentially for myself, honestly, because I wanted a plant-based milk tea that I could just have any time without having to go to a cafe. My husband did as well. He would be ordering this stuff like every day, spending $10 because when you get it delivered you have the fees. So we're spending like $20 ordering two drinks. It is so rewarding just being able to drink the Twrl tea myself and actually like it.  I’ve had so much positive feedback on it that it is really great to hear- great feedback from our customers and even from my family. Everyone's wanting to drink more, we're getting reorders. Having happy customers is the most rewarding thing.

In honor of Women’s History Month,  do you have any advice you’d give to other women looking to take a leap and build their own brand?

Making time for yourself, like not even just the work and your family, but having that one hour or two to yourself in the morning for me has become really valuable. I never have been an early riser my whole life. I just almost always at night owl, but ever since this year, I've just become this crazy or early morning person where I would wake up at 5:30, do my exercise, do an hour of work, and then I'm ready to start the day. I’m not as frazzled and not as stressed out because I've already done these things for myself. During the day you're answering emails, you're dealing with kids, you're, you know, thinking about your lunch or dinner and meal prep and everyone's at home, you have to keep the mess in line. So just taking even an hour for yourself in the morning has helped me so much to deal with everything that's going on.

Lastly, we have to ask - how did you come up with the unique name Twrl?!

I always wanted to have something like fun and not too serious but also have some meaning behind it. The origin of tea is actually based on this legend from China where one of the emperors was walking around in the garden with a cup of hot water and drinking it. And while he was walking, a leaf fell from the tree and it (according to the legend), was blowing and wefting in the wind. So kind of twirling in the wind and it fell into his tea cup. Then he brewed it and that was the discovery of tea. So Twrl is sort of like that, you know, that leaf twirling in the wind. It was like a certain serendipitous moment for him and for the whole tea industry.

Looking to taste the tea for yourself? Head on over to Twrl's website to order yours!

Know of a purpose-oriented, emerging brand trying get off the ground?
Nominate a founder in need of pro bono insights.

Want to learn more about how Highlight can enable your data-driven innovation?

This past month in June, Highlight was honored to work with multiple LGBTQIA+ brands to provide pro bono insights in support of ...
Start Reading

Our community of brands and Highlighters makes Highlight what we are today. Every month, we give back to our community by ...
Start Reading

Highlight Wins Startup of the Year at Greenbook's IIEX Conference